Saint Martin welcomes students, faculty, staff and friends of all religious traditions into our Community. We place a high value on the ongoing spiritual development of both our student and adult members.

Our roots are Catholic through our religious endorsers, The Midwest Province of the Society of Jesus, and the Sisters of the Humility of Mary, as well as through our commitment to developing and nurturing Lay Faith and Spirituality.

We have created a community of caring committed to justice and aligned with the Seven Key Themes of Catholic Social Teaching:

Within this Catholic model of caring, we never lose sight of our mission as educators.  Our hope is to graduate responsible women and men bound to the global community and connected to each other. In partnership with families, partners, friends, students and staff we embrace this sacred trust.

Who was St. Martin? 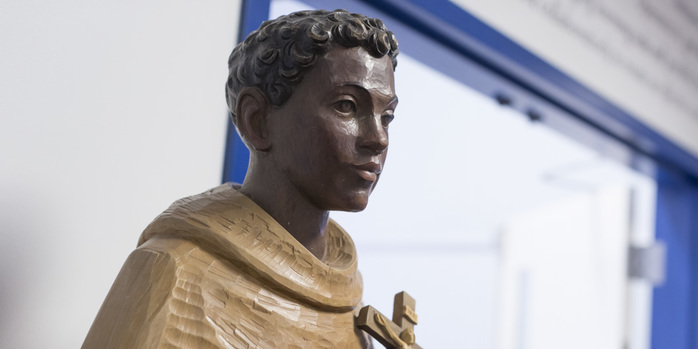 Martin de Porres was born in Lima, Peru, in 1579. His father, Don Juan de Porres, was a Spanish nobleman who later became governor of Panama. His mother, however, was a free black woman named Ana Velasquez. Sometime after his birth, Martin’s parents separated. His father left Martin’s mother and her young children in a dire economic situation. This did not embitter Martin but made him sensitive to the plight of the disadvantaged, especially orphans to whom he would devote much of his time and resources.

Having received a rudimentary education from a tutor, Martin was apprenticed to a barber, a profession which at the time combined hair-cutting with surgical and medical skills. Martin quickly mastered his trade, but at the age of fifteen he applied for admission to the Dominican order in the lowliest position as a donado or lay helper, responsible for the menial tasks of the monastery. He was accepted, and so assumed the Dominican habit. From a young age, he was very devoted to prayer and the practice of his faith. As a Dominican, this innate desire grew and developed to the point that he was renowned for his holiness and piety.

Despite his extreme humility, Martin could not disguise his talents and abilities, especially his medical skills. Before long he was given charge of the monastery infirmary.  Martin’s ingenious knowledge of herbal remedies and homemade medicines earned him a wide reputation as a gifted healer among all echelons of society, despite the divisions along class and racial lines. Martin did not confine his healing ministry to the monastery. He cared for the sick and injured wherever he found them, especially the homeless who lived in the streets of Lima with no one to care for them.

Martin died on November 3, 1639 and was canonized by Pope John XXIII in 1962.  He is the patron of people of mixed race, barbers, innkeepers, public health workers and more.

Help shape the future for our students 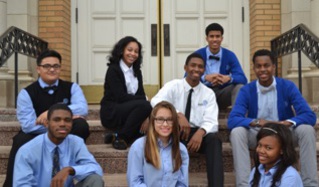